How performance optimizations can break App-V

There are many optimizations scripts online. Here you can find a couple of examples:

Getting to know the App-V dependencies 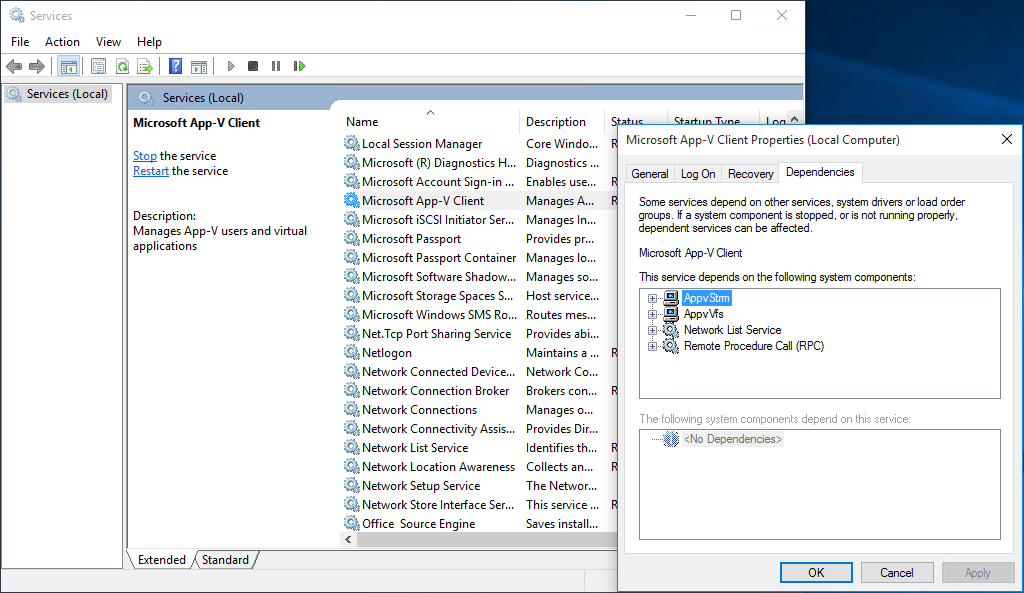 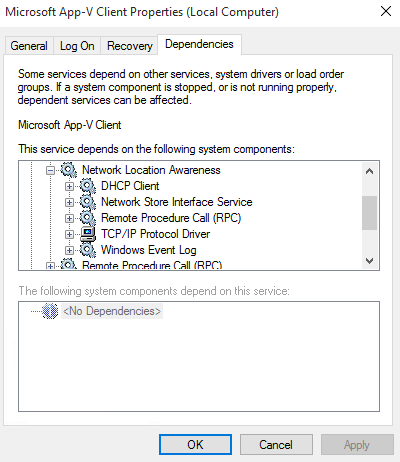 Symptom when depended services are disabled

In order to indicate if a depended services of the App-V client is disabled can be done by the following. 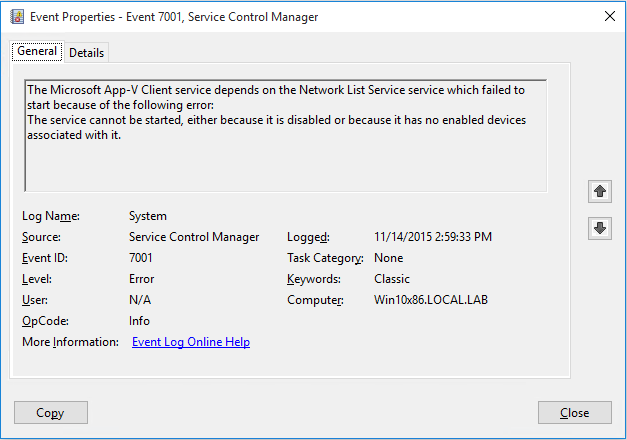 So after applying optimizations it could be useful to go through the Windows Event Viewer and search for errors.

Ryan is a self-employed Technologist at GO-INIT focused on the EUC and Code area. Ryan is primarily focusing on the user experience in centralized desktop environments.