In order to run the scalability tests, I’m using the well-known tool called Login VSI. Login VSI provides default websites that will play video content in Internet Explorer. When connected by a Remote Desktop Connection (RDP) the videos are not playing and stay black. When connected to the console on Hyper-V or VMware the videos are playing, which is very strange.

With Windows Server 2012 R2 it is known when creating an RDSH machine the feature “Desktop Experience” must be enabled in order to have media playback. As shown in the screenshot this feature is not listed in Windows Server 2016. 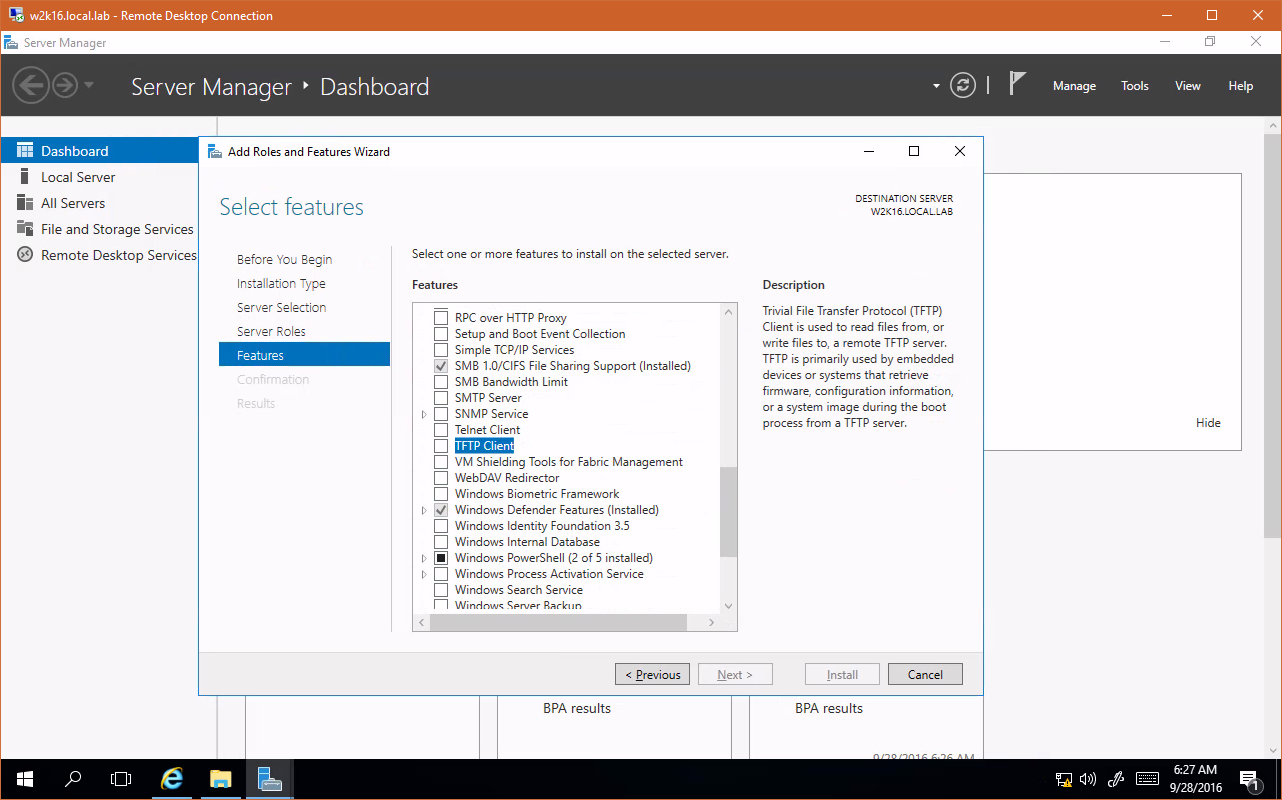 When installing Windows Server 2016 with the full GUI by default the full “Desktop Experience” is included.

How to resolve HTML5 video issue

It turns out Microsoft has released a big critical update for Windows Server 2016 which is solving this behavior. Update “Cumulative Update for Windows Server 2016 for x64-based Systems (KB3192366)” released on the 24th of September, which is two days before the release of the evaluation edition of Windows Server 2016. This update will resolve the HTML5 playback issue and probably more. At this point the root cause of this behavior is unknown and there is little information regarding this update. When searching for the knowledge base article I received a “This page doesn’t exist” notification. When more information is available I will update this blog post. 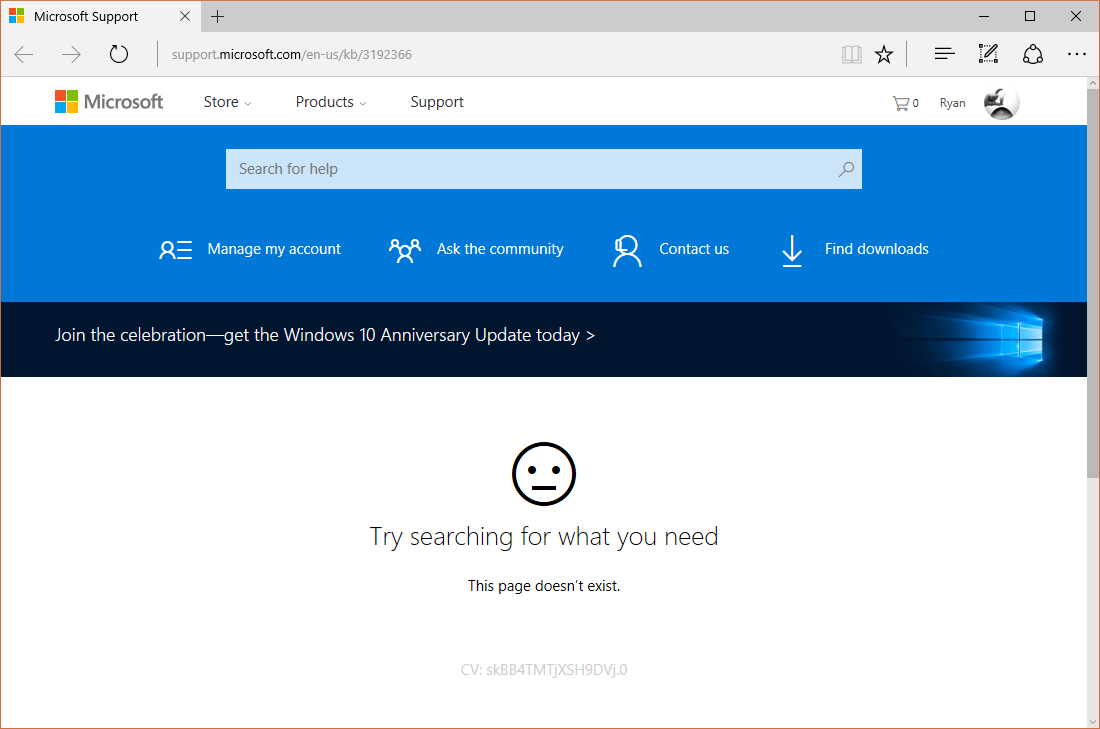 The update is listed in the Windows catalog and can be downloaded here or by Windows Updates.

After applying the update the HTML5 video will play as expected. 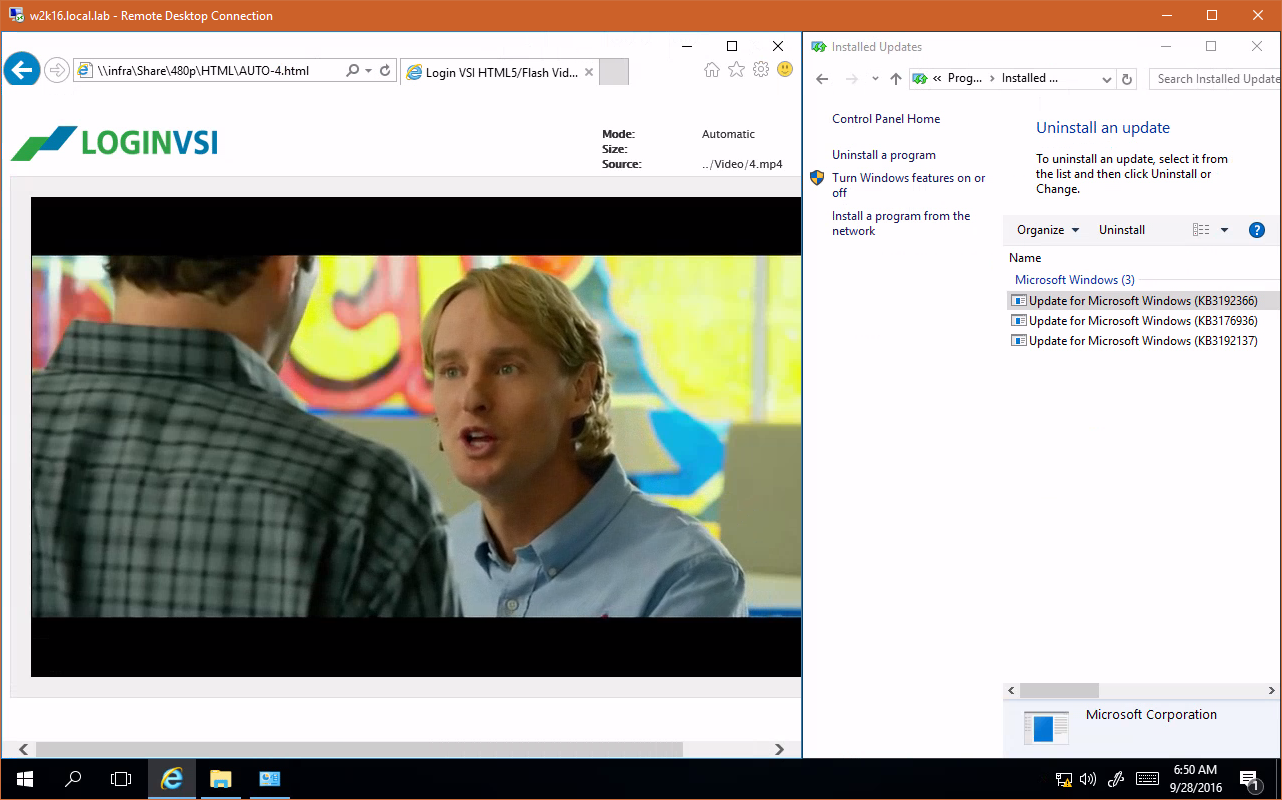 Even when a new build of Windows Server 2016 is released it is very important to check for Windows Updates. In this case, the KB3192366 will solve the HTML5 video playback issues when connected with a Remote Desktop Connection (RDP) on a Remote Desktop Session Host (RDSH) machine. If you have any feedback please leave your comment below.

One final note at Microsoft, please make sure the knowledge base articles are available when releasing critical updates so we have information about resolved issues.